When God Challenges Your Comfort Zone 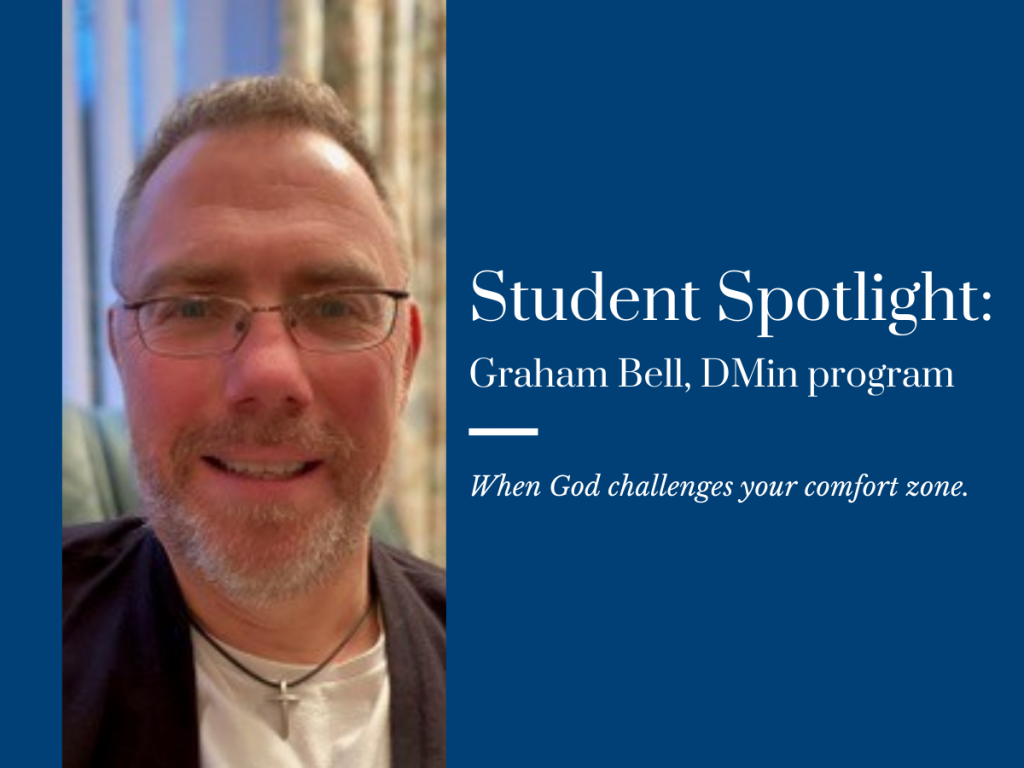 My name is Graham Bell and I live in Scotland near the city of Stirling with my wife and two teenage children.  I have served as a prison chaplain at a maximum-security prison that houses 670 prisoners since 2005, beginning on a part-time basis until 2007 when I answered God’s call to full time prison ministry.

I was born in Glasgow and although I was not raised in a Christian household, my parents sent my sister and me to Sunday School each week, essentially to give my mum some peace and quiet while my dad played golf!  I became a Christian when I was 11 and while on a family vacation to Victoria BC, was baptised through the witness of my aunt and uncle who themselves had recently come to faith. On our return to Scotland, I started to attend a local Baptist Church and have remained within the Baptist family since.

Throughout school I had always wanted to be a lawyer, but in my last year of high school a clear dream my sister had for my life made me begin to believe that God may be calling me into pastoral ministry instead.  Nevertheless, I went to university in Dundee to study Law.

While in Dundee, in addition to my studies, I became involved in youth work with a large group of unchurched teenagers who lived in an area of poverty and deprivation, and who were often involved in drugs and crime.  I’m not sure of the lasting influence I had on any of their lives, but they certainly had a lasting impact on mine. I came face-to-face with systemic injustice, seeing how life and opportunities can depend so much on which neighbourhood you are born into, and the family and culture you are raised within.  It broke my heart to work with young people whose hopes and aspirations were so limited simply because of where they lived, and how others could likewise write them off.

It was also while studying Law that I visited a prison for the first time and became passionate about the rights and conditions of prisoners.  Until then, my only understanding of prisoners was through the media, which so often dehumanises those who are incarcerated. I was shocked to see how ordinary these men were – all of them serving life-sentences.  I also came to see that because prison life is behind closed doors, the rights and stories of prisoners can often be ignored.  Conditions have greatly improved since those days, when prisoners had essentially no rights – even basics like a bed and food were ‘privileges’ which could be taken away.

God had ignited a spark in me to work with those in society who are least valued. Despite having graduated in Law, I now embarked on theological and ministerial training at the Scottish Baptist College back in Glasgow.  I would have enjoyed being a lawyer and it was not an easy decision to walk away from this as a career.  However, through these four years of study, God had really challenged my motivations, opening my eyes to my own self-interest and selfishness while there was so much pain and hardship in the world that I had failed to really see earlier.  I truly believed that Jesus could transform people and I wanted to give my life to this, instead of dreaming of a big bank balance and flashy car!  My experiences through the youth work had made me all the more determined to give my life to reaching people like them with the Good News of the Kingdom. I wanted to try to lead culture change within churches so that all people might feel welcome and at home.  Very often the culture within our churches is so alien to the surrounding community. Even the language we use can intimidate and exclude those on the margins so they feel that church, and therefore God, is not for people ‘like them’.

When I graduated with my Divinity degree, I was called to be the Pastor of a small church in Stirling, which was again in a designated area of urban deprivation.

During my 12-year ministry in Stirling I was occasionally called upon to visit individuals in prison, and these pastoral visits would be arranged through the prison chaplain.  During these visits I thought prison chaplaincy would be a fascinating ministry, just to be able to walk alongside people during hard times in their lives and to share the news of the Kingdom with some of the most ‘hard-to-reach’ individuals. But I thought no more of it.

I never anticipated becoming a prison chaplain and presumed that I would always be a Pastor of a local church. Until, that is, one day my wife noticed that a local prison was advertising for a part-time chaplain. Once again God was challenging me out of my easy comfort zone. Did I really believe that the gospel had the power to save? The words of C.T. Studd reverberated in my head:

“Some want to live within the sound
Of church or chapel bell;
I want to run a rescue shop,
Within a yard of hell.” 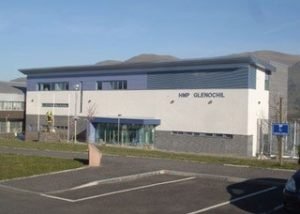 After a lot of soul-searching, remembering my visits to prisons, and being really challenged while listening to Jackie Pullinger as she spoke at a conference I was attending, I applied and was accepted for the role.  I loved prison chaplaincy from the beginning, as I found myself working with older versions of the young folk I had encountered in Dundee.  I lived for the few hours a week when I was to be in the prison, and so it was when the prison decided to appoint a full-time chaplain that I again applied and was given the role. It seemed that God was bringing all my previous studies and experiences together, and that this is where He had always wanted me to be.

Prison ministry is challenging, and I constantly feel so small and helpless when faced with the enormity of the pain and issues these men have faced, and do still face, in their lives. What can I possibly say or do in response to life stories filled with pain, rejection, addiction and violence?  Knowing that I needed to learn more led me to the the Doctor of Ministry program at Acadia Divinity College.

The DMin is based in practice and grounded on ministry on the front line. It seeks to help me explore my ministry role at an advanced biblical and theological level, as I endeavour to integrate theory and practice within my own cultural context and ministry setting.

The directed and elective study courses are wide and varied.  At first glimpse I wondered whether these specific courses would be relevant and helpful to me; however, not only have they helped me develop in my general theological and critical thinking, I have also discovered new insights and issues of relevance that I would never have contemplated otherwise.

Looking ahead to my thesis, I intend to explore the area of trauma.  Studies have shown that those serving prison sentences have experienced far greater levels of trauma in their lives, especially as children, than others within the general population. Reflecting on the theological and pastoral implications of trauma will better equip me as I continue to accept God’s challenges and in my role in prison ministry.

Discover how our Doctor of Ministry program can equip you at an advanced level.