Acadia Divinity College (ADC) President Anna Robbins is extremely delighted to announce that the College has been granted $3 million from The Beatty Ryckman Trust to establish a fully endowed academic chair in pastoral psychology.

ADC is committed to the formation of ministers in self-knowledge and personal awareness. Through The William and Virginia Leach Chair of Pastoral Psychology, ADC will further expand its capacity to teach and research in the areas of pastoral psychology and mental health.

The Chair of Pastoral Psychology honours the legacy and promotes the vision of Rev. William and Virginia Leach, pioneers and advocates for clergy wellness in Canada. William Leach served as Director of Chaplaincy Services in Boston and Toronto, and was a wise and caring pastor and teacher, dynamic preacher, and sportsman. With their shared love of Christ and the church, William and Virginia extended their vision for pastoral education through the establishment of The Beatty Ryckman Trust.

“We are pleased to honour the wish of Bill and Virginia to establish a permanent chair in pastoral psychology at Acadia Divinity College,” stated Rev. Dr. J. Peter Holmes and Ms. Marie Soderlund, advisors of The Beatty Ryckman Trust. “It was their prayer that this Chair will strengthen clergy wellness and in so doing, strengthen the church.”

A further donation of $317,000 will establish The Beatty Ryckman Operating Endowment to support the work of The William and Virginia Leach Professor of Pastoral Psychology.

“ADC is deeply grateful for the lives of Virginia and William Leach, who have faithfully supported our teaching in pastoral care since 2010,” said Dr. Robbins. “With these two gifts, ADC has the opportunity to expand our ministerial education into pastoral psychology and mental health.”

About The Beatty Ryckman Trust

Established by the late Rev. William Leach and Mrs. Virginia (Beatty) Leach of Toronto in 1998, The Beatty Ryckman Trust is dedicated to supporting those who equip and train clergy for self-knowledge and personal wellness.

Acadia Divinity College is the Faculty of Theology for Acadia University and is the seminary of the Canadian Baptists of Atlantic Canada. ADC offers theological education at the bachelor’s, master’s, and doctoral levels, preparing men and women for leadership roles in churches, chaplaincies, denominational leadership, university and seminary teaching, cross-cultural mission, para-church leadership, and other areas of ministry. Graduate degrees are approved by the Association of Theological Schools in the United States and Canada. All degrees are awarded by Acadia University. For more information about Acadia Divinity College, visit our website at acadiadiv.ca. 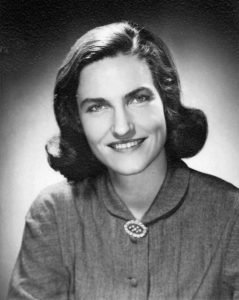 Virginia was a graduate of Bishop Strachan School, McGill University, Wycliffe (Theological) College, and the University of Toronto. While a student at Wycliffe, she met her futurehusband, Bill Leach. They married in 1955. Their union in life led to an amazing partnership in various spiritual care roles in Massachusetts, Lakefield, and Toronto, Ontario. He was the Chaplain at Lakefield College School, the Director of Hospital Chaplains, and she was a respected theological Librarian. She had a wonderful gift for languages; fluent in three or four. She was competent in horseback riding, sailing, hiking, and mountain climbing; golf and skiing were her and Bill’s shared love. She had a life-long enthusiasm for travel, the outdoors, philanthropy, and her membership within the Anglican Church.

She combined all those with a love of gardening, flowers, colour, the arts, and music, particularly opera. If you knew Virginia well, you knew not to call her on Saturday afternoons when she was listening to the radio broadcasts of operas from the Met. Other loves included devotional reading. She was avid with her correspondence and was quick to write a thoughtful message of thanks or gratitude. She was always appreciative of in-person visits and phone calls; lengthy conversations often ensued with Virginia. Her wealth of friends ranged from youth to elders.

She was very inter-generational with her interests in people. She demonstrated an intense interest in the daily life of the staff and students at Wycliffe College. She was honoured there by being made a Fellow. Her home-making abilities established three places of peace and beauty: in Wakefield, MA, Pittsfield, VT, and The Fairways in Mississauga, Ontario.

Virginia died peacefully at The Claremont Retirement residence in Toronto in her 98th year. 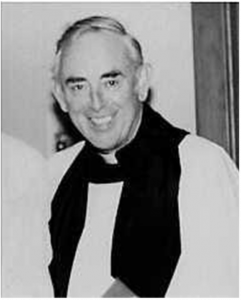 Born and raised in Dublin, Ireland, Bill began his ministry preaching in the city’s streets in the 1940s. In 1947 he arrived in Canada to study for ordination in the Anglican Church and graduated from the University of Toronto, Wycliffe College and Boston University. In 1955 he married Virginia and was posted to serve as Chaplain to the Grove School for Boys in Lakefield. Later, he moved to Boston where he studied in the field of pastoral psychology, doing his clinical work in eight hospitals, including six psychiatric institutions after which, at the request of Bishop Lawrence, he was appointed to the Peter Bent Brigham Hospital as Director of Chaplaincy Services. In 1982 Bill returned to Toronto to head the Chaplaincy Services of Toronto General Hospital.

While in Boston, Bill served as the Summer Preacher in the Cathedral of Christ Church and along the way preached in other cathedrals in Bermuda and New York and led evangelical preaching missions in the United States and Canada. He was a Pastoral Counsellor, served on Ethics Committees for the Protection of Human Subjects and taught Medical Ethics.

Bill’s 48 trophies from various sports are testament to a remarkable all-round and lifelong athlete. Most memorable were the five championship soccer teams on which he played with the University of Toronto and two victories at the Bermuda Open Invitational (handicap) Tournament for golf. Bill’s final years were spent between Toronto and Pittsfield, Vermont, where he and Virginia focused their energies on the establishment of The Beatty Ryckman Trust, dedicated to equipping and training clergy for self-knowledge and personal wellness.

Bill was beloved as a raconteur with a vivid sense of humour, a charismatic teacher, a poet, and friend.

Be equipped with self-knowledge & personal awareness

Learn how ADC can support you on your ministry journey 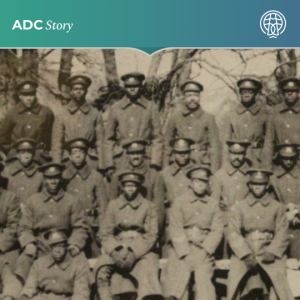 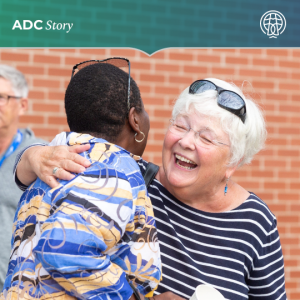