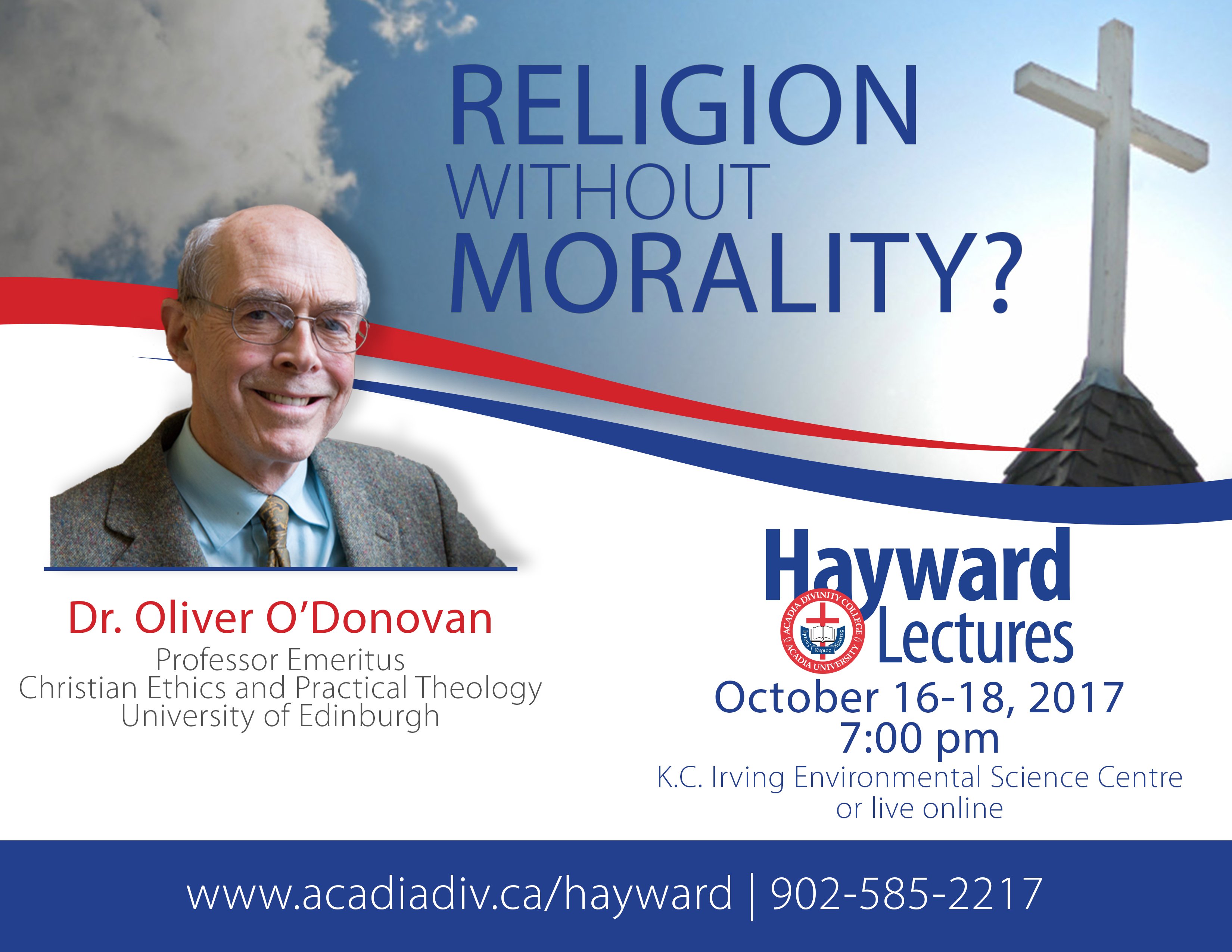 Oliver O’Donovan, born in 1945 in London, was Regius Professor of Moral & Pastoral Theology and Canon of Christ Church at the University of Oxford from 1982 until 2006, before which he taught at Wycliffe Hall, Oxford (1972-7) and at Wycliffe College, Toronto (1977-82).

He is a past President of the Society for the Study of Christian Ethics.

Ordained as a priest of the Church of England, he has been an active participant in ecumenical dialogue and has served on the General Synod.

He has been a Fellow of the British Academy since 2000.

He was married to Joan Lockwood ODonovan in 1978 in Toronto. They have two sons, both musicians.

Lecture 1: “Augustine and the religion of the pagan Rome.”

Lecture 2:  “Grotius and the religion of Reformed Europe.”

Lecture 3: “Ourselves and the religion of modernity.”