Richard Preston and a Moment of Choice for Nova Scotia Baptists 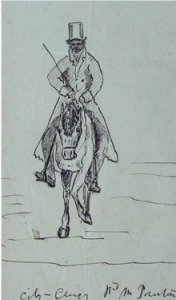 Who was Richard Preston

Richard Preston (1791-1861) figures large in African Nova Scotia history and culture.[1] Formerly enslaved in Virginia, Preston gained his freedom and followed the wave of Black Refugees immigrating to Nova Scotia following the War of 1812.[2] Already a Baptist lay preacher when he arrived, Preston soon began ministering among African Nova Scotian communities in the province. In 1831, black Baptists in Halifax sent him to London for ministerial training and ordination, and on his return, he became the first minister of the newly-established African Chapel (now the New Horizons Baptist Church). Preston was a key leader as African Nova Scotians began to cultivate a distinctive and vibrant community, establishing the African Abolition Society and the Anglo-African Mutual Improvement and Aid Association. Most enduringly, Preston was the dynamo behind the African Baptist Association, founded in 1854 with twelve churches from around the province, and still a thriving and integral institution of African Nova Scotian community.

I am currently researching an earlier moment in Preston’s Nova Scotia ministry, when most of those significant milestones still lay in the future—before his ordination, before the African Chapel, and before the African Baptist Association. For the year from the summer of 1823 to the summer of 1824, Preston lived and preached in Cornwallis Township in the Annapolis Valley. Unlike much of his later ministry, Preston preached to racially integrated or predominantly white audiences during that year.

The crowds that were drawn to Preston during his Annapolis Valley ministry tell us something about the relationship between race and religion during the waning years of slavery in Nova Scotia and the British Empire. It was also arguably a moment of contingency in the province’s Baptist history when there were real choices to make about whether black and white Baptists would forge a common community or whether they would be divided by racism. 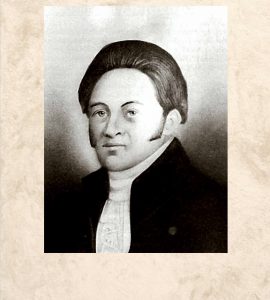 Preston drew crowds that struck observers as exceptional in homes, barns, and meeting houses. Edward Manning, the Baptist minister for the sprawling rural township, who spent much of this year at Preston’s side, wrote frequently in his diary about the impressive crowds that attended Preston’s preaching. At Annapolis Road, “tho’ the notice was short, [there was] a large congregation of people, and he spoke to them in a more than common impressive manner.”[3] At Mr. Woodworth’s barn, “a very considerable number attended, and Br[other] Preston addressed them from Zechariah,” a sermon that Manning described as “alarming and animating.”[4] At Mr. Lovett’s house, “Brother Preston again addressed the people, who attended numerously,” some of them coming from six or eight miles to the west to hear him.[5] On one occasion, noting that “a vast crowd attended,” Manning added the prayer, “O, may their curiosity be sanctified,” hoping that Preston’s message would transcend curiosity about the novelty of hearing a black preacher.[6]

Others, both white and black, were drawn to Preston’s powerful revival preaching. Preston helped to spark a season of revival in the township, during which over one hundred people were added to the church’s membership.[7] Silas Rand, later a missionary to the region’s Mi’kmaq, was coming of age in the township during that revival. Mentioning several of the ministers who contributed to that period of spiritual intensity, he singled out “Richard Preston, a colored preacher from Halifax, [who] is more particularly remembered than any other,” asserting that “the Revival commenced under his labors.”[8] Rand described the spiritual frision in the neighbourhood because of the “then singular phenomenon of a colored preacher,” writing effusively about the impact of his preaching and the awakening effect of his singing.[9]

Not Everyone Received Him Kindly

But not every crowd was merely curious or seeking religious awakening. Some white Nova Scotians reacted to Preston’s preaching with vitriol bordering on violence. In the community of Habitant, Preston drew one kind of crowd inside and another outside. Edward Manning described the encounter in this way:

“Went to Habitant. Heard the coloured brother preach. But strange to tell, a number, and most of them professors [of religion], somewhat intoxicated, made disturbance all the meeting time. We very kindly requested them to depart or come in, and not interrupt the worship of God but to no purpose. And one man, a Scotchman, son in law to the man where the meeting was held, went out and treated them somewhat rough, and [a] quarrel ensued, but no [word unclear] nor any materially hurt. I went out tho[ugh] some thought it not safe. I went out, and interfering to say who[ever] was right or who was wrong, entreated them to desist and they mostly complyed. So the fray was ended, but the consequences, this to be accounted for another day. The worst opposition in this place is that that has a cloak of religion to cloak it, and that many there are included.”[10]

A sizeable group of local residents, emboldened by liquid courage, was hostile enough to the idea of a black preacher – they were not, after all, able to hear what Preston said while they remained outside – that they were willing to risk community censure, the ire of their local minister, and even, in the one case, the wrath of a father-in-law. Reflecting on the resistance to Preston’s ministry in the town, Manning’s lamented that such opposition was framed as a doctrinal disagreement but was actually racial prejudice thinly veiled by a “cloak of religion.”

Nevertheless, like scores of other residents of Cornwallis Township, Manning persisted in his support of Preston’s revivalistic preaching: “I verrily believe that the Lord God sent him to Cornwallis for the awakening of sinners, and gathering in of the scattered people of God.”[11]

Nova Scotians Had a Choice

Preston’s ministry presented Nova Scotians with a choice: would they build a racially integrated church in the province, focused on a common message of revival, or would they allow racial prejudice to divide that church?

Looking back, we know that in the half dozen years after Preston’s 1823-24 Annapolis Valley ministry, black members of the racially integrated Halifax Baptist church found themselves increasingly marginalized by a series of changes in that congregation—an experience that led them to establish the African Chapel and to send Preston to London for ordination.[12] When white Baptists did not have sufficient imagination to envision a truly integrated church community, the province’s black Baptists exercised their agency and created a vital local religious denomination and culture of their own. One wonders how the religious and racial history of the region would have been different, had black Nova Scotians been welcomed as equal partners in the work of revival, as did at least some hearers who had crowded into Cornwallis homes, barns, and meeting houses to be awakened by the preaching of Richard Preston.

As a coda to this story, it’s worth noting that Atlantic Baptists appear to be at another moment of choice, of contingency. As part of an ongoing conversation in the CBAC about its own legacy of racism, the February 2022 Simpson Lectures at Acadia Divinity College featured Rev. Dr. Rhonda Britton of New Horizons Baptist Church, Halifax (the successor to Preston’s African Chapel) and Rev. Dr. Lennett J. Anderson, of ADC and EBC: The Meeting Place, Hammonds Plains, together calling the church to develop a culture of anti-racism and true diversity.

Keith S. Grant is Assistant Professor of History at Crandall University, and the author of Enthusiasms and Loyalties: The Public History of Private Feelings in the Enlightenment Atlantic, forthcoming from McGill-Queen’s University Press in Fall 2022. He is also a founding co-editor of Borealia: Early Canadian History. He can be found on Twitter at @keithsgrant and @earlycanada.

[1] Thanks to Rev. Dr. Rhonda Britton for reading and making suggestions to improve this post. 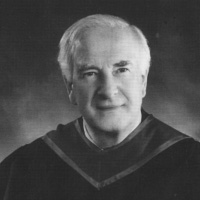 Hate Literature Then and Now
Menu