Baptists and Confessions of Faith 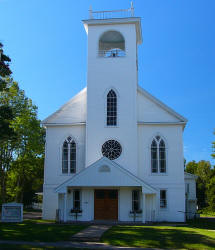 In the church I pastor, the Berwick Baptist Church, we recently adopted a statement of faith. Some would contend that Baptists are not statement-of-faith-kind-of-people; however, I would contend that at least for a sizeable number of Baptists throughout Baptist history, confessions or statements of faith have been part of the Baptist story (see William Lumpkin and Bill Leonard, Baptist Confessions of Faith, second revised edition [2011]). Let’s look at a bit of that story.

Jumping across the Atlantic, a very influential Baptist association, the Philadelphia Baptist Association (PBA), was founded in 1707. Thirty-five years later, the PBA adopted a version of the 1689 confession with two additional articles, one on hymn singing and one on the laying on of hands, known to posterity as the 1742 Philadelphia Baptist Confession of Faith. In the 19th century, many Baptist congregations made use of the New Hampshire Baptist Confession of Faith, first put out in 1833 and revised in 1853. It is this statement of faith that appears in J. Newton Brown’s (1803–1868) little work on Baptist church polity.

From this (very) brief tour through Calvinistic Baptist confessional history, I hope the reader can see that confessions and statements of faith have been part of the Baptist story, including our own important story right here in Atlantic Canada.

What are your thoughts on statements of faith and their use in Baptist churches?

Does your church make use of a statement of faith?

Sign up for our newsletter or read some of our past blog posts.

The Julian Gwyn Prize in Baptist and Anabaptist History and Thought