Fifty years ago (1971), I was pushing to complete my theological studies at Acadia Divinity College in Wolfville, Nova Scotia.  At that time a recent arrival to the ADC faculty was the Reverend Doctor Jarold Knox Zeman.  Although he had been in Canada for a number of years his linguistic accent made me very aware of his Czechoslovakian heritage, while his commitment to the biblical record, to the person of Jesus as Saviour and Lord, and to the value of intense historical research impressed me greatly. 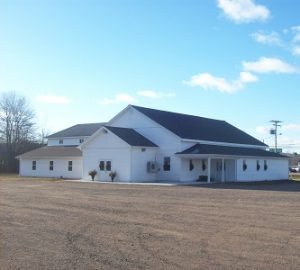 In the course of my initial ministry calling (1972-78) with the Baptist congregations at Bloomington, Torbrook, and Nictaux in the Annapolis County of Nova Scotia, I found myself serving in an area rich in Baptist church history, and local educational history.  During those years of pastoral ministry, I was motivated to delve into records on deposit in the Atlantic Baptist Archives located in the Vaughan Memorial Library. This led to the private publication of a book, printed and bound by Nictaux folk, and entitled, A History of the Nictaux United Baptist Church 1779 -1978.

In 1813 Samuel Dodge was commissioned to design and organize the construction of a Baptist Chapel on the north-east corner of the junction of roads across the Nictaux Plains (Highways 10 & 201 today).  By 1828 failing health led to Rev. T. H. Chipman’s resignation.  However, during his ministry, Chipman had been a mentor for a young pastor who was serving at the First Cornwallis Baptist Church, and before tendering his resignation he had encouraged the church leaders to invite Pastor I. E. Bill to meet with them with a view to inviting him to consider a call to serve as their pastor.   There was a process of discernment during that year, and by December of 1828 friends from Wilmot and Nictaux with their teams and wagons made the trip to Billtown in order to move Ingram Ebenezer Bill, his wife Isabella, and their one-year-old son, Asahel, along with their furniture, etc. to a home in Nictaux.  I. E. Bill was ordained at Nictaux on March 3, 1829, and had a very fruitful ministry, which included congregational growth, the establishment of new churches, and also the hosting of a meeting for discussion and prayer that led to the decision of the Baptist Education Society at their November 15, 1838 meeting to establish a college to provide further education beyond that offered by their undergraduate Horton Academy.  And that is how Acadia College (now University) became a reality.  In 1852 I. E. Bill concluded his ministry at Nictaux and became editor of “The Christian Visitor” and Secretary of the Convention.

Let me conclude this blog by noting that thirty years ago (1991), Dr. J. K. Zeman was a key charter member of our Acadia Centre for Baptist and Anabaptist Studies, which is a joint venture of Acadia Divinity College and the Vaughan Memorial Library at Acadia University where the Atlantic Baptist Archives is located.  ACBAS’s founding date was February 26, 1991, and it officially began operation on April 1, 1991, with Dr. Jarold K. Zeman as the Director.

Baptists and Confessions of Faith