For the first time in the University’s 182-year history, honorary degree recipients from the classes of 2020 and 2021 received their degrees and convocated virtually. Rev. Dr. Malcolm Card, a Baptist missionary dedicated to deepening relations of reciprocity and mutuality within the Global South, represented the Class of 2021 while Rev. Dr. Gary Nelson, Canadian Christian leader and former President and Vice-Chancellor of Tyndale University, was recognized as a member of the Class of 2020. Both were honoured for their leadership and extraordinary contributions within the church and global community.

Dr. Nelson delivered the Annual John Gladstone Sermon and Dr. Card encouraged the Graduands with scripture at the Acadia Divinity College Commissioning Service on Friday, May 7, 2021 – a time of celebration, prayer, and blessing for the College’s graduating students. 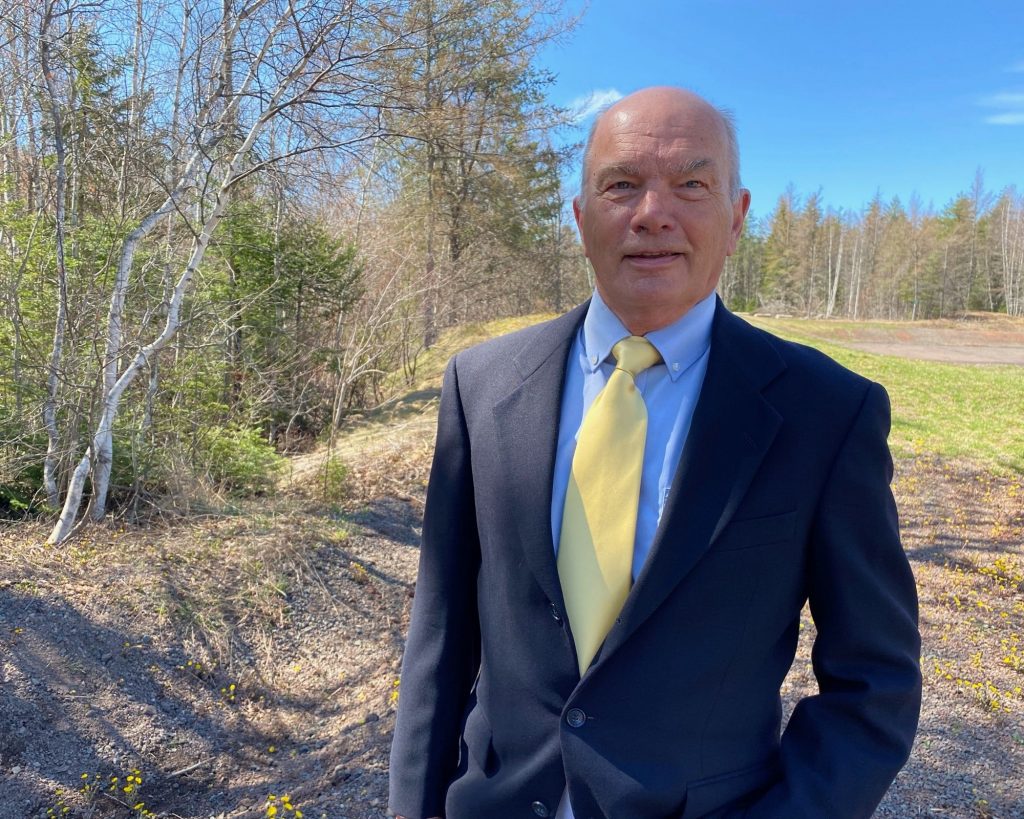 Dr. Card’s career as a Canadian Baptist mission leader is bookended by two seismic changes in global mission over the past 50 years: first, a paradigm shift in the way Western mission agencies collaborated with global Indigenous church partners, and later, the creation of a new model of international cooperation in mission in the Global South.

While serving as one of the first Canadian Baptists with the Canadian Baptist Overseas Mission Board in Indonesia, Dr. Card was instrumental in establishing a new pattern for cross-cultural mission cooperation, replacing a top-down approach driven by the agenda of the sending country with one where the national church body in the host country provides the leadership. This new venture, known as “Task Force”, was ground-breaking in the deconstruction of colonialist patterns of mission work.

Decades later, new dynamics – the AIDS pandemic ravaging Africa, post-Genocide reconstruction of Rwanda, the plight of millions of refugees and internally displaced people in the Congo, gender-based violence and civil war – called for a new model of international cooperation in mission. As Team Leader for Canadian Baptist Ministries in Africa, Dr. Card supported the national leaders in replacing the predominant influence of the Western mission agency with a broad network of South-to-South partners.  The new partnership became a model for global Christian mission.

Dr. Card has shared his global mission experience in several leadership roles: as Canadian Baptist International Ministries (CBIM) representative for Ontario and Quebec, President of the Canadian Baptists of Atlantic Canada, Associate General Secretary for CBIM, and President of Canadian Baptist Ministries. After obtaining a Bachelor of Arts degree from Gordon College in Massachusetts (1965) and a Master of Divinity degree from Gordon-Conwell Theological Seminary (1969), Dr. Card earned a Doctor of Ministry from Eastern Baptist Theological Seminary in Pennsylvania (1985).

Upon retirement from active mission service, Dr. Card held academic positions as Adjunct Professor at Carey Theological College, Crandall University, and Acadia Divinity College. He served on the Acadia Divinity College (ADC) Board of Trustees from 2013-2019, a time of many changes in curriculum, course delivery, and in the College building. ADC has benefited from his faithful stewardship, enthusiasm and deep understanding of theological education and the needs of the Church. Although officially retired, Dr. Card continues to teach and provide leadership in his local church as Chair of the Council.

Dr. Card is married to Patricia, his partner in life and in global trailblazing missions. Their three children – Cheryl, Sarah and Robert – and four grandchildren live in Ontario and British Columbia. 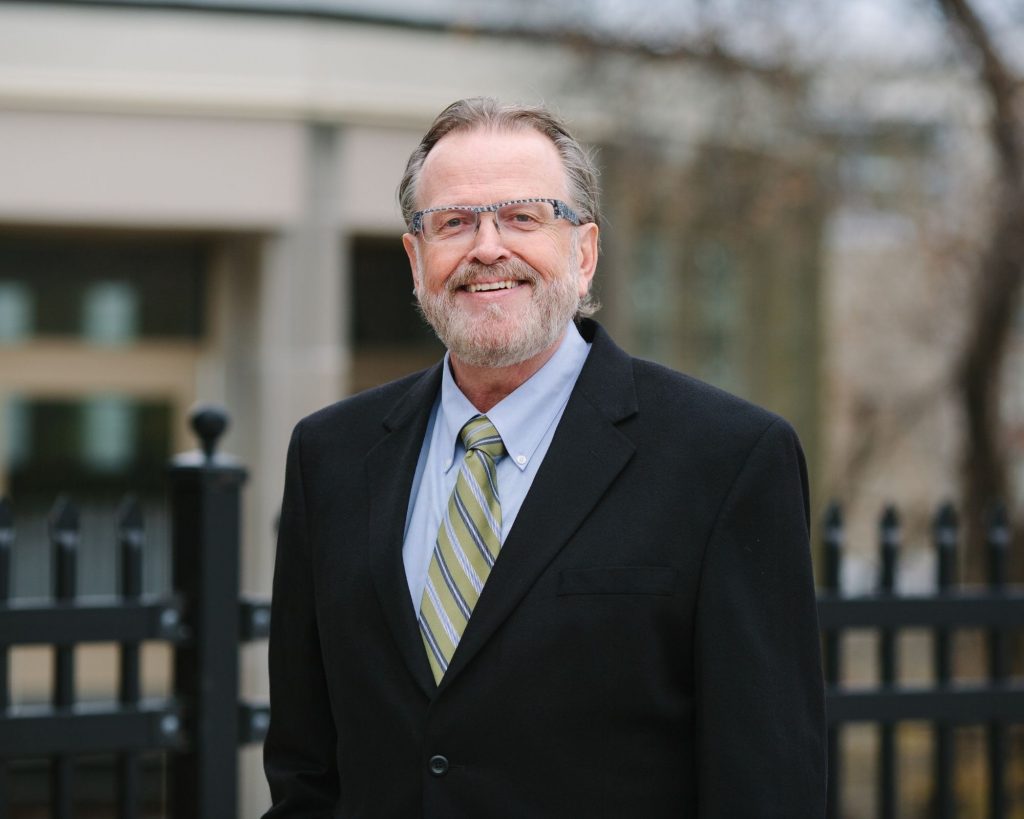 Dr. Nelson has demonstrated a long commitment to helping organizations increase their capacity for impact in rapidly changing local and global contexts. Recently retired as President and Vice-Chancellor of Tyndale University, Dr. Nelson advanced the institution and the cause of theological education in Canada, overseeing a period of substantial consolidation and expansion of the college and seminary. Throughout his service, he was a clear advocate for relevant theological education in the life of the church and parachurch organizations.

During his decade-long tenure as General Secretary, Dr. Nelson led Canadian Baptist Ministries through a period of change and growth, expanding its international contribution in the areas of leadership development, theological education, and sustainable community development. His commitment to the work of the Baptist World Alliance, where he served as a Vice-President for several years, significantly extended the horizons of Canadian Baptist life.

Dr. Nelson is passionate about creating new ways for congregations and organizations to build bridges within their communities, operating with the conviction that “the church needs to re-introduce itself as a place, as a possibility, and as a neighborhood impact”, as opposed to being a place where people simply attend.[1] Among his many staff and senior ministry roles, Dr. Nelson served as senior pastor at First Baptist Church in Edmonton, where he was involved in the “revitalizing and renewing of this historic downtown congregation into a creative and dynamic contemporary congregation.”[2]

Dr. Nelson is internationally recognized as both an educator and a leader in urban missiology. As the founding director of BUILD (Baptist Urban Involvement in Leadership Development), an urban leadership training initiative in Toronto, he has had great influence in shaping pastors and international workers for their work in urban settings.

Dr. Nelson’s professional activities are many and varied. He has represented Canada at the Lausanne Movement Consultation on Global Theological Education and served as Chair of the World Relief Committee of the Baptist World Alliance. Dr. Nelson remains a member of the Board of the Evangelical Fellowship of Canada and the Board of the Arab Baptist Theological Seminary in Beirut, Lebanon.

Following a Bachelor of Education degree from the University of British Columbia (1976), Dr. Nelson earned both a Master of Divinity (1980) and Doctor of Ministry (1987) from Fuller Theological Seminary. In addition to serving as Adjunct Professor at Taylor Seminary in Edmonton and Carey Theological College in Vancouver, Dr. Nelson lectured at seminaries across Canada and internationally in places as diverse as Germany, Kenya, Australia, and India.

Everywhere he has served, Dr. Nelson has been an advocate for inclusion and multicultural participation, while inspiring young leaders and creating opportunities for service.

Dr. Nelson is married to Dr. Carla Nelson, another outstanding educator and leader, who has greatly contributed to the global church and the cause of education. They have one daughter, Stacy, who lives in Edmonton with her husband and their four children.

Update on the Renewal of the College Building