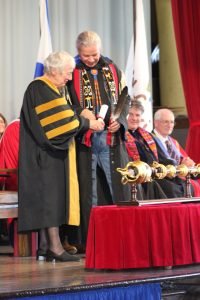 Rev. Dr. Terry LeBlanc, the founding Chair and current Director of Indigenous Pathways and Director of the North American Institute for Indigenous Theological Studies (NAIITS), was granted an honorary Doctor of Divinity by Acadia University during the Faculty of Theology and Faculty of Arts Convocation ceremony on Sunday May 10, 2015.

Mi’kmaq and Acadian, Terry is committed to Christian education from an indigenous perspective. Terry has served as a sessional or adjunct faculty member at various colleges, seminaries and universities including Acadia Divinity College, George Fox University and Evangelical Seminary, and Tyndale University College and Seminary. In addition to 37 years of grassroots work in the Native North American and global indigenous context, Terry oversees iEmergence and My People, divisions of Indigenous Pathways that focus on building capacity within indigenous people.

The author of numerous articles, book chapters and theological papers, Terry has won several awards for his varied writings.  In June 2010, for his work on the creation of NAIITS, Terry became the 28th recipient of the Dr. E.H. Johnson Memorial Award for Innovation in Mission.

Terry is married to Bev and is the father of twin daughters, Jeanine and Jennifer, and son Matt. Jeanine (Dan) and Jennifer are actively involved in the Indigenous community through their educational studies, vocations and churches. From his residence in the Philippines, Matt directs a community development-framed ministry to Indigenous youth and young adults that is active in various regions of the globe, including Canada. 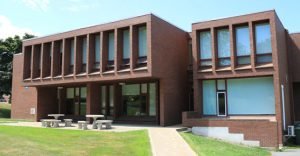 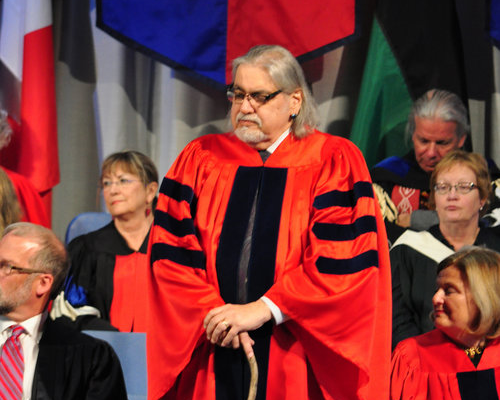